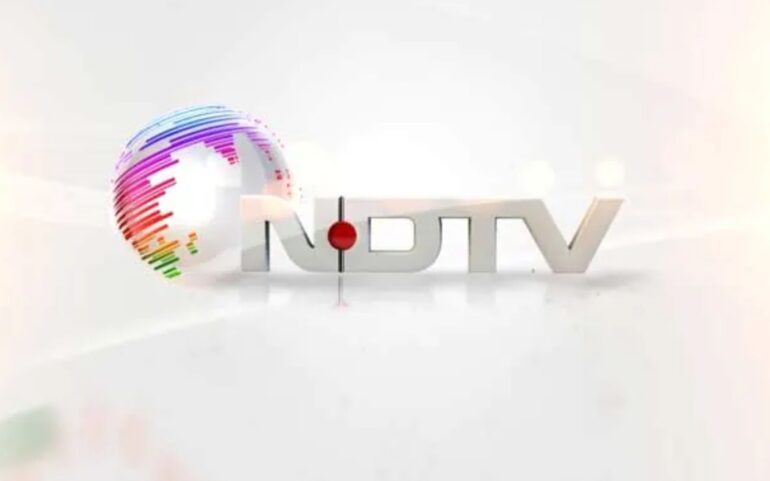 New Delhi: The Indian Institute of Technology Delhi’s DAKSH Centre of Excellence (CoE) for Law at Technology has released a report on six High Court websites. The report includes an analysis and suggestions for different aspects of the usability and functionality of the High Court websites of Bombay, Calcutta, Delhi, Karnataka, Madhya Pradesh and Madras. The report, an IIT Delhi statement said, was based on a first-of-its-kind study and has been made after evaluating their UI/UX design. The report was launched by Justice S Ravindra Bhat of the Supreme Court of India on August 26.
Recommended: [Check your admission chances in IITs/ISM based on your JEE Advanced Rank] Start here- JEE Advanced College Predictor]

“Key highlights of the report include several low-hanging fruits such as appropriate placement of contact and RTI based information as well as the need for and detailed analysis of navigation efficiency and aesthetics,” added the IIT Delhi statement.

The report highlights some points about the UI/UX of the High Court websites including their speed, performance on interaction design principles.

Speaking on the launch of the report, Justice S Ravindra Bhat said: “It is important we involved in court administration should realize the full potential of the court websites and one of the methods should be this kind of reports. This can lead to the involvement of a larger general public.”

Prof. Rangan Banerjee is currently the Director, IIT Delhi. From February 2022 he is on lien from IIT Bombay where he served as the Forbes Marshall Chair Professor in the Department of Energy Science and Engineering – a Department that he helped start in 2007. His areas of interest include energy management, modelling of energy systems, energy planning and policy, hydrogen energy and fuel cells.

Prof. Banerjee has been the Dean (R&D) and received the Excellence in Teaching Award from IIT Bombay and is a Fellow of the Indian National Academy of Engineering. Prof. Banerjee is also an Adjunct faculty (Honorary) in the Department of Engineering & Public Policy, Carnegie Mellon University.

Harish Narasappa is the co-founder of DAKSH. He is a lawyer by training and a founding partner, Samvad Partners. He is also the co-founder of ADReS Now and the author of ‘Rule of Law in India: A Quest for Reason’.

Nomesh Bolia is a professor in the Department Mechanical Engineering at IIT Delhi. He holds a B-Tech from IIT Bombay and a PhD in Operations Research from the University of North Carolina, Chapel Hill. He also has two years of work experience at Infotech Financials Pvt Ltd (Mumbai) and Tata Institute of Fundamental Research, Mumbai. His research interests include applications of operations research in public systems such as public transport, justice system and public policy.

Leah Verghese is a lawyer and social scientist with wide-ranging work experience in corporations, nonprofits and political campaigns across India. She is a graduate of Columbia University and National Law School of India University.

Mausam is the first head of the newly formed School of Artificial Intelligence at IIT Delhi. He is also a Professor of Computer Science department at IIT Delhi, and an affiliate faculty member at University of Washington, Seattle. His research explores several threads in artificial intelligence, including scaling probabilistic planning algorithms, large-scale information extraction over the Web, and enabling complex computation over crowdsourced platforms. He received his PhD from University of Washington in 2007 and a B.Tech. from IIT Delhi in 2001. He has been awarded the AAAI Senior Member status for his long-term participation in AAAI and distinction in the field of artificial intelligence. He was ranked the 65th most influential AI scholar for the last decade by ArnetMiner.

Shaurya Shriyamis an assistant professor in the Department of Mechanical Engineering at IIT Delhi. He holds a PhD in Mechanical Engineering from the University of Southern California. His research interests lie in the application areas (robotics, logistics, healthcare, urban transport) of planning, inference, and learning algorithms aimed at towards social good or industrial automation.

Varun Ramamohan is an assistant professor in the Department of Mechanical Engineering at IIT Delhi. He holds a PhD in Industrial Engineering from Purdue University. His research interests include probabilistic modeling, simulation and optimization, with applications in health and biomedical systems engineering.

Arnob Ghosh is an Assistant Professor at the Department of Mechanical Engineering at IIT-Delhi since August 2019. Before that, he was a post-doctorate research associate at the Industrial Engineering Department at Purdue University. He has obtained his PhD from the University of Pennsylvania in 2016 in Electrical and Systems Engineering. He obtained his BE degree from Jadavpur University in 2011. His research interest lies in Game Theory, Smart Grid, Reinforcement Learning, Intelligent Transportation, and Mechanism Design.

Ankush Agrawal is an Associate Professor of Economics at the Departmentof Humanities and Social Sciences, IIT Delhi. Ankush is an engineer bytraining and holds a PhD from the Indira Gandhi Institute of DevelopmentResearch, Mumbai. His research interests include applied econometrics,development economics, and India’s official statistics.

Mr. Ashwin Mahesh was a research faculty at NASA Goddard Earth Science and Technology Centre in USA.
He was also an adjunct faculty member at International Institute of Information Technology, Bangalore and Urban Research Strategist at the Office of Urban Affairs for the Karnataka government.
Mr. Mahesh also founded the social technology firm, Mapunity, and is one of the co-founders of the electric vehicles-based transportation company, Lithium, and is actively involved in building an ecosystem for solving public problems.

Dr. K.P. Krishnan is currently the Investor Education and Protection Fund chair professor in regulatory economics, at the National Council for Applied Economic Research (NCAER) He is an IAS officer of 1983 batch and was Secretary, Ministry of Skill Development and Entrepreneurship , Government of India on superannuation.

Surya Prakash BS is Fellow and Programme Director at DAKSH. He is a chartered accountant and lawyer with more than 14 years of experience in handling tax functions of large global IT companies.

SG Deshmukh is a professor, Mechanical Engineering at IIT Delhi. He completed his B.Tech, M.Tech, and Ph.D. from IIT Mumbai. He has worked on several projects sponsored by Department of Science and Technology, and Department of Information Technology, Government of India. He has consulted with industry leaders such as ACC, Bharti Telecoms, IOC, India Today Publications, and Nucleus Software. Organizations like WHO and World Bank also benefitted from his consultations. He was actively involved in creating web based solutions and developing modules under National Programme for Technology Enhanced Learning (NPTEL) under sponsorship of MHRD, Government of India

Prof. Sunil Kumar Khare is the Dean (Research and Development) at IIT Delhi and holds the position of a Professor of Biochemistry and Institute Chair Professor at IIT Delhi. An alumnus of IIT Delhi, he received his doctoral degree in Biochemistry (1990). He did his Postdoctoral research at National Food Research Institute, Tsukuba, Japan. Prof. Khare has more than 30 years of academic and industrial research experience with 160+ publications and patents. His current noteworthy contributions have been in the area of differential proteomics of solvent-tolerant/halophilic class of extremophiles and deciphering nanotoxicity mechanisms in plant and microbial systems.

MP Gupta is a professor in the Department of Management Studies, IIT Delhi. He is known for pioneering works in the area of e-governance, he has been spending significant amount of resources in developing cases, tools and frameworks to promote e-governance research in the country. These included 30 Doctoral thesis, 22 sponsored & consultancy projects worth >5 crores, co-authored book ‘Government Online’, two other edited books ‘Towards E-government’ & ‘Promise of E-governance’ and 200+ research papers appeared in National and International Journals/Conference Proceedings.He is involved in several policy making committees on ICT in the Center and State Governments in India; also on jury of prestigious awards committees viz. Digital India Awards, National Awards on e-gov, Data Security Council of India (DSCI), and Computer Society of India (CSI) Egov Awards. He is a recipient of the prestigious Humanities & Social Sciences (HSS) fellowship of Shastri Indo Canadian Institute, Calgary (Canada) 1996 and was a Visiting Fellow at the University of Manitoba. Conferred Best Professor award in 2012 at Singapore World Education Congress and CMO Asia.

Vikramjit Banerjee is an Additional Solicitor General of India. He was appointed as Nagaland’s Advocate General in June 2015, and was designated a Senior Advocate by the Gauhati High Court in December 2016. He graduated from National Law School of India University, Bengaluru in 1997, and completed his LLM from the University of Leicester in 2000. He was also a faculty in West Bengal National University of Judicial Science.

Dr. Roland Vogl is a scholar, lawyer and entrepreneur who, after more than fifteen years of academic and professional experience, has developed a strong expertise in legal informatics, intellectual property law and innovation. Currently, he is Executive Director of the Stanford Program in Law, Science and Technology and a Lecturer in Law at Stanford Law School. He focuses his efforts on legal informatics work carried out in the Center for Legal Informatics (CodeX), which he co-founded and leads as Executive Director. Dr. Vogl is also a Visiting Professor at the University of Vienna, Austria where he teaches about United States intellectual property law. Dr. Vogl is also actively involved in the rapidly growing legal tech industry.

Rahul Matthan is an attorney who specialises in technology, media and telecommunications law in India. He is a partner at Trilegal. He has worked with companies across all sectors of the industry from big telecom operators, to ISPs, OSPs and managed data service providers and advised on matters ranging from regulatory matters to ongoing business issues relating to the rollout of operations. He is a published author and a regular speaker across the world on matter relating to emerging technologies and the law and he writes a weekly column on the interface of law and technology entitled Ex Machina in mint, a leading national business daily.

Professor Katz is a scientist, technologist and professor who applies an innovative polytechnic approach to teaching law – to help create lawyers for today’s biggest societal challenges. Both his scholarship and teaching integrate science, technology, engineering, and mathematics. Professor Katz teaches Practice & Professionalism, E-Discovery, Legal Analytics, Blockchain + Cryptocurrency & Law, Introduction to Legal Technology & Innovation, Legal Project Management + Legal Process Improvement and Civil Procedure at Chicago-Kent and spearheads new initiatives to teach law students how to leverage technology and entrepreneurship in their future legal careers. Professor Katz has published or forthcoming work in a wide variety of academic outlets, including Science, Plos One, Scientific Reports, Journal of the Royal Society Interface, Journal of Statistical Physics, Frontiers in Physics, Physica A and Artificial Intelligence & Law. Professor Katz is actively involved in the rapidly growing legal technology industry. He is the Co-Founder & Chief Strategy Officer of LexPredict (a legal technology and analytics company that was acquired by Elevate in 2018). He also serves as a formal and informal advisor to a number of legal tech startups. In addition, he is a member of the advisory board of NextLaw Labs – a global collaborative innovation ecosystem organized with Dentons (the world’s largest law firm).

Dr CK Mathew is a highly regarded retired public servant and academic. He was the former Chief Secretary, Govt. of Rajasthan and also later served as a Visiting Professor at the Azim Premji University, Bangalore in the School of Public Policy & Governance and National Law University, Bangalore as a Visiting Faculty . Post his retirement from the Indian Administrative Service he held the position of Senior Fellow at Public Affairs Centre Bangalore & also Special Rapporteur for the Southern states, at the National Human Rights Commission, 2018.

Among various posts held by him during his distinguished years of service, he also served as the Principal Secretary of Department of IT, Govt. of Rajasthan for a tenure of 3 years and Additional Chief Secretary To Rajasthan Government, Finance & Policy Planning for a tenure of 4 years. Apart from co-authoring various important reports on governance matters he wrote a book “The Historical Evolution of the District Officer, published by the Azim Premji University, Bangalore.